The purpose of this tool is to create a system that makes it easier for the artist to create large-scale city destruction effects.  Insights gained while working full time at a studio during Spring quarter 2019 have changed the orginal scope, structure and function of the tool significantly. For example, originally I proposed to create a city and building generator tool, where artist could build create buildings from scratch, but at the studio I realized this scenario would never happen in reality. Instead, the assets are always passed on from multiple departments where they are already prepped and named accordingly.  Consequently, I decided to focus the destruction aspect and adding layers and other details that will hold up better with close up shots

The first is an earthquake effect where multiple buildings are subjected to seismic standing waves forces and crumble gradually. The second adds in lateral forces to simulate the sideways impact of a blastwave from a nuclear detonation or asteroid impact.

Tasked with producing over 28 building destruction shots in less than two weeks, I need to create a tool that could produce the desired level of detail in the fastest time possible.  Therefore, I decided to utilize the new materialfracture node to quickly create stone, wood and glass fracture materials.  I combined these with a brick fracturing system to create a much more realistic debris.

Once all the layers were seperated and prepped, I then added them to a custom constraint set up (based on traditional pre H17 techniques) to give much more control over the simulation, which I used to form the core building rig. The challenge was to keep the pieces from falling apart immediately while at the same time moving due to the earthquake rig so instead of using i@active I decided to activate all the pieces at the same time while animating the constraints instead.
Primary Glue: sets the overall building glue so that pieces hold together from the start
Glue Ramp: creates a fallopff ramp in Y to so that the strenght dimishes based on height 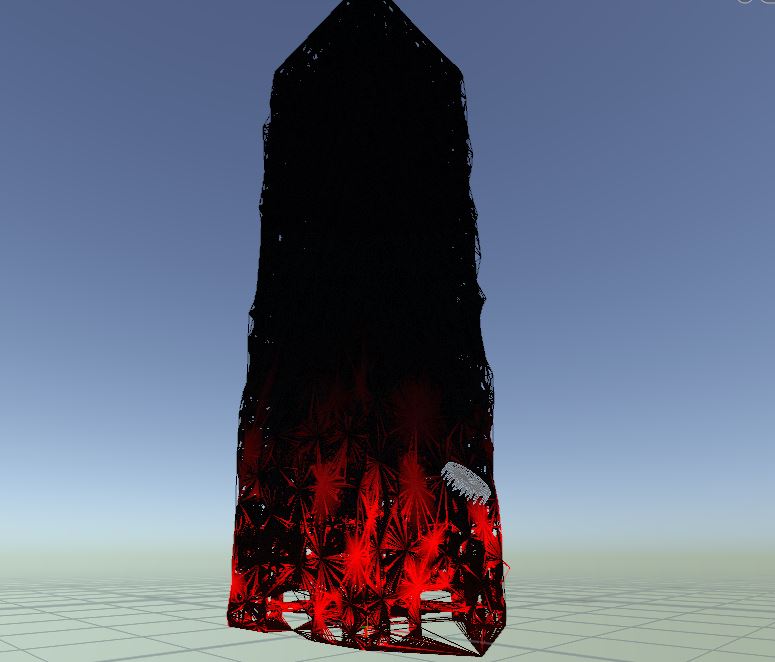 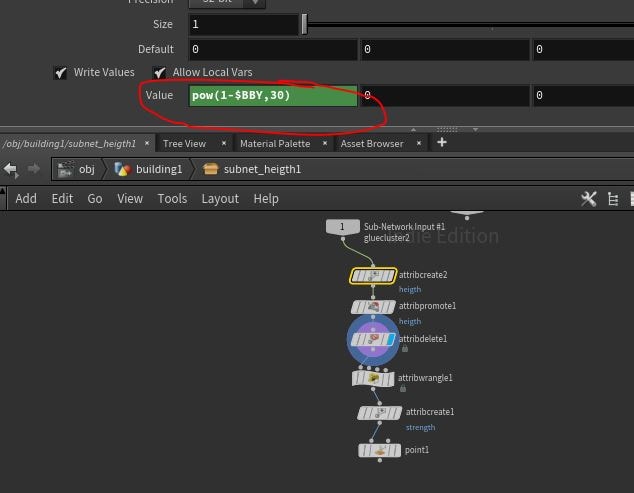 Strenght by location: sets a threshold (in this case Y, where under a given value will not break, so it forms a foundation for the building ) 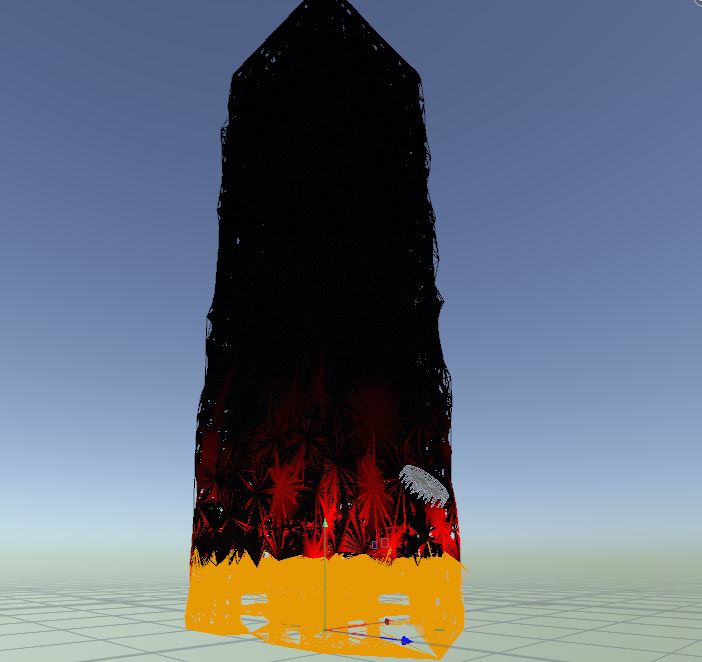 Clustering:  sets randomized areas that stick together in chunks 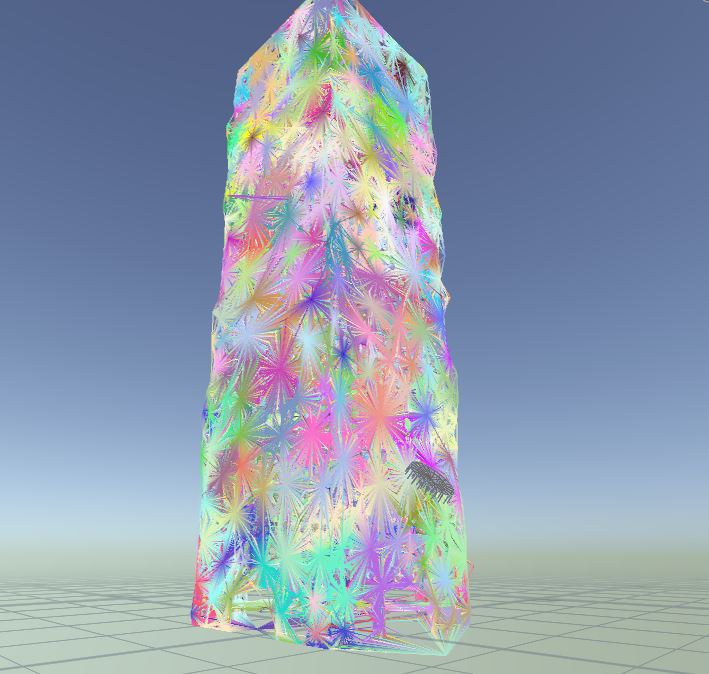 Secondary Glue: allows the artis to paint groups of additional strength for artistic control of what areas will stay standing for longer 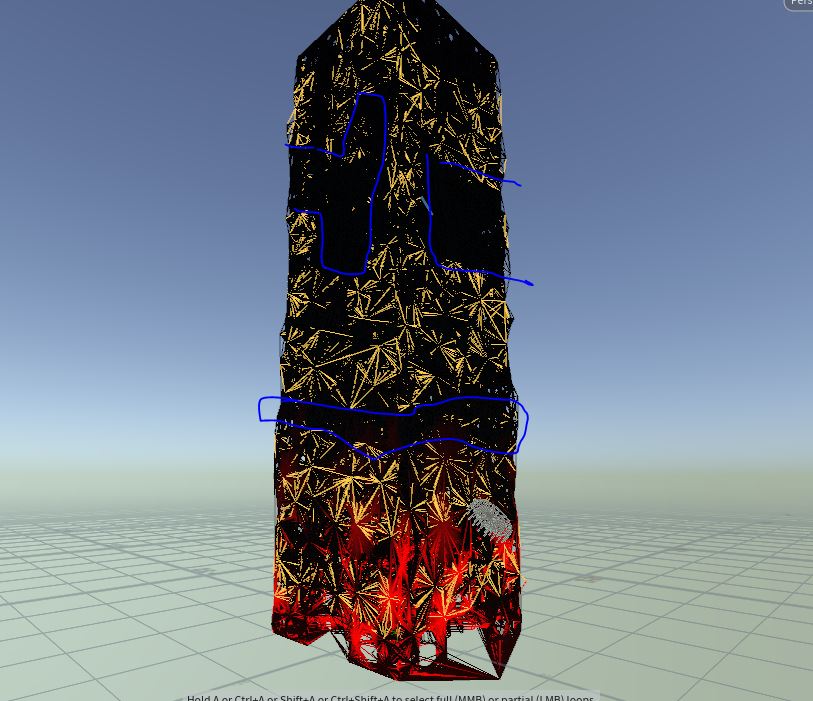 Infinite Glue: allows the artist to paint areas that will never fall so which is useful to art direct certain walls that will stay standing at the end of the simulation

After the core constraints are set up, now it is time to add secondary constraints for windows and other light debris. This method takes the constraint primitives and assigns a different color to each, then deletes the areas where the color is the same leaving the color in between which effectively isolates on the primitives that are between each constraint network 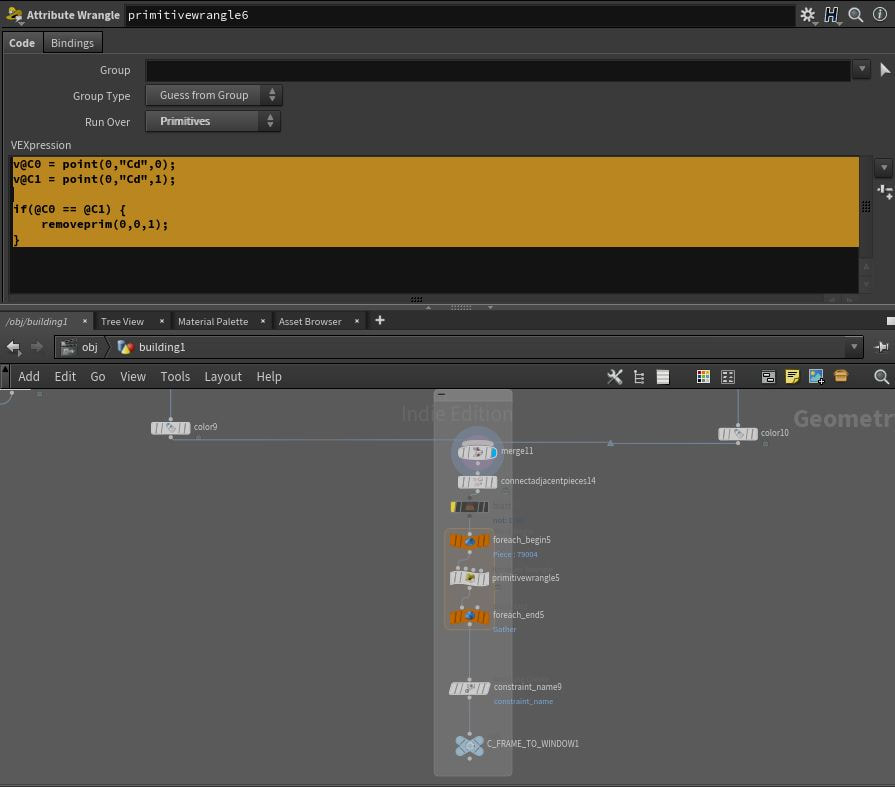 After all the fracturing and constraints are set up

In this case the